The circle shrinks. As the years pass, older people attend too many funerals. Friendships that sustained them for decades lapse when companions and confidants retire or move away or grow ill.

These days Sylvia Frank, who moved into an independent living residence in Lower Manhattan in 2014, can email or call one longtime friend in Florida. Another, in Queens, is slipping into dementia and will most likely exclaim, “I haven’t spoken to you in months!” when, in fact, they talked the day before.

But even at advanced ages, new relationships take root. Ms. Frank’s son kept telling her that a colleague’s cousin, Judy Sanderoff, was about to move into the same facility. They sought each other out.

Now, Mrs. Frank, 91, and Ms. Sanderoff, 96, eat breakfast together almost daily; they have dinner, à deux or with other friends, many evenings. Ms. Sanderoff spent Thanksgiving with Ms. Frank’s family in Brooklyn. 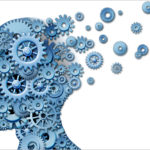 Alzheimer’s disease typically progresses slowly in three general stages — mild (early-stage), moderate (middle-stage), and severe (late-stage). Since Alzheimer’s affects people in different ways, each person will experience symptoms – or progress through Alzheimer’s stages – differently. Overview of disease progression The symptoms of Alzheimer’s disease worsen over time, although the rate at which the […]

Janet Robertson, a documentary filmmaker in New York, helps look after her uncle, Vincent Fahey. He is nearly 87 and loves to travel.

But she can’t always accompany Uncle Vin, who needs some day-to-day assistance. So when he wanted to visit London this past spring, Ms. Robertson did what others have started doing: She hired a skilled traveling companion for her older loved one.

For the London trip, Ms. Robertson found Doug Iannelli, owner of Flying Companions in Atlanta, to accompany her uncle.

Mr. Iannelli managed the travel reservations and logistics, slept in an adjoining hotel room and otherwise accompanied Mr. Fahey full time as they took in the museums, restaurants and tourist sites. When needed, Mr. Iannelli provided a wheelchair and made sure they took frequent rest breaks.